EU trade pact can reduce Vietnam’s reliance on China, US.

The Vietnam-EU trade pact can diversify export markets and help reduce reliance on China and the U.S., experts say. 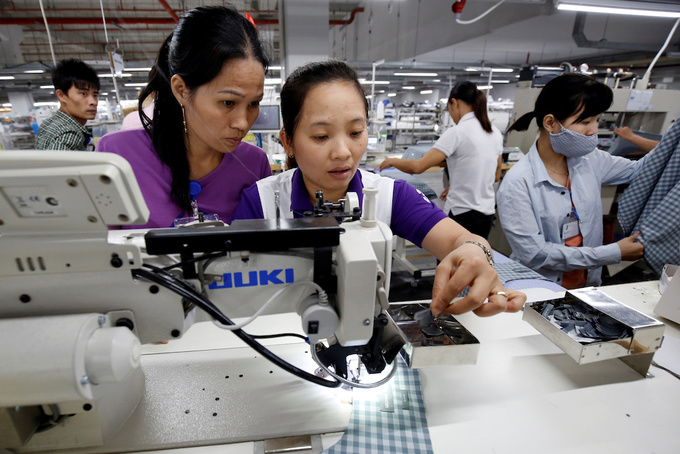 The trade pact, which has been negotiated since June 2012, is considered a game changer as it would eliminate almost all trade tariffs between the two sides.

Luu Bich Ho, former head of the Vietnam Institute for Development Strategies under the Ministry of Planning and Investment, said that the deal would play a major role in reducing Vietnam’s reliance on the U.S. and China, the world’s two largest economies.

“This is obviously an opportunity for Vietnam to increase export [to the EU] to avoid being affected should the U.S. seek to limit imports from Vietnam,” Ho told VnExpress International.

It’s also a chance for Vietnam to diversify its markets as it is still heavily dependent on China in trade, he added.

In the first nine months this year, the U.S. was Vietnam’s largest export market, accounting for 19.5 percent of Vietnam’s total exports, a growth of 13.2 percent year-on-year, according to Vietnam Customs.

Although the EU came second and accounted for 17.4 percent, this market has the smallest growth rate among Vietnam’s top six export markets at 10.5 percent.

China was the third largest export market, had the highest growth rate of 29.9 percent. It was also Vietnam’s largest import market, accounting for 27.3 percent of Vietnam’s total imports. 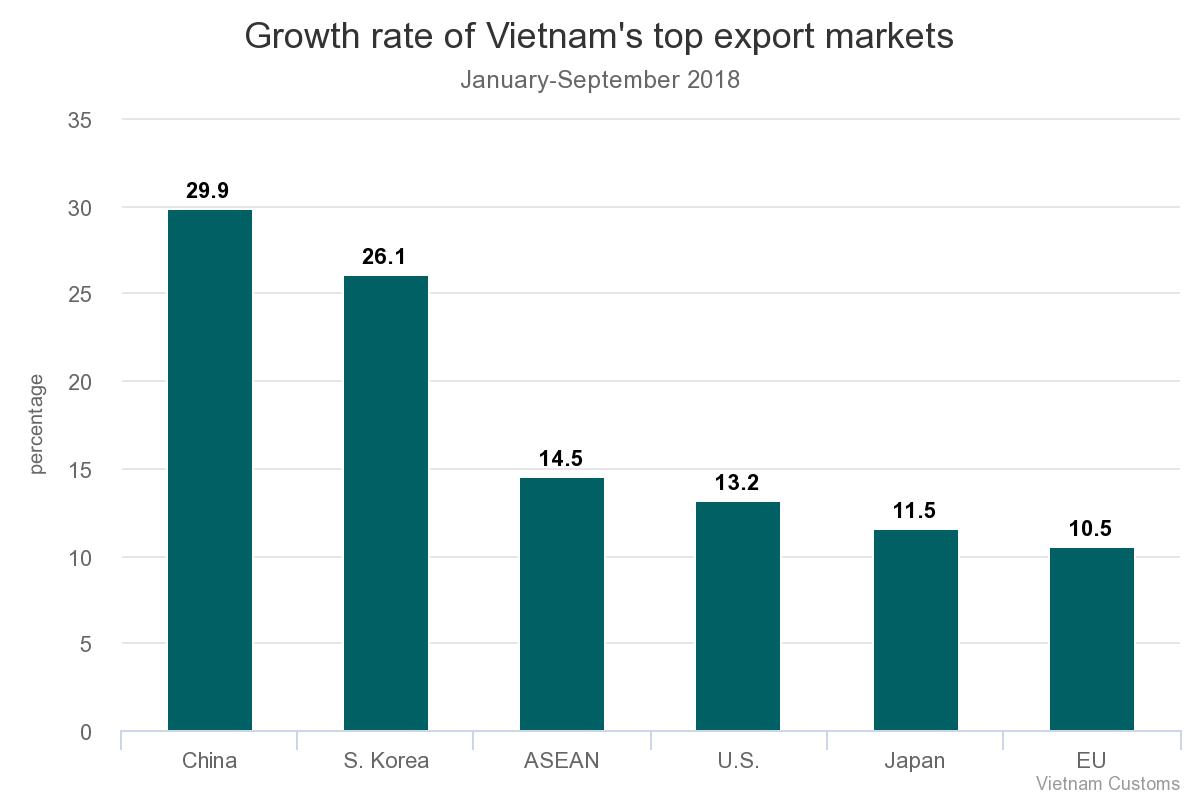 Experts have expressed concern that Vietnam will be negatively affected by the ongoing U.S.-China trade war, with the U.S. limiting exports from Vietnam as part of its protectionist policy and China could export its goods via Vietnam to the U.S. to avoid President Trump’s tariffs.

In this context, the EVFTA opens the door to a more diverse market for Vietnam.

Le Dang Doanh, former head of the Central Institute for Economic Management, said that the trade pact will be an opportunity for Vietnam to see strong growth in its major export sectors, such as textile, fisheries and footwear.

The EVFTA, when ratified, will immediately remove tariffs on 65 percent of the value of EU exports, with the remaining tariffs being gradually eliminated over the next decade.

Meanwhile, 71 percent of EU imports from Vietnam will be tariff-free once the EVFTA enters into force, rising to more than 99 percent over the following 7 years.

In July, Minister of Industry and Trade Tran Tuan Anh said that the 99 percent tariff-free rate for exports will be the highest rate for Vietnam in any FTA.

Anh told reporters that if the EVFTA goes into effect next year, exports from Vietnam into the EU could increase by $16 billion in the first one or two years, and reach $75-76 billion in 2028.

However, others experts have cautioned about the difficulties that Vietnam will face in complying with the new trade pact.

Nguyen Mai, chairman of the Vietnam Association of Foreign Investment Enterprises, said that Vietnam needs to pay close attention to the intellectual property rights as the EU has strict regulations concerning this matter.

The country also needs to improve its labor rights to make sure that workers are protected and not oppressed.

“We need to guarantee good living conditions for Vietnamese workers, as that’s what the EVFTA requires,” he told VnExpress International.